Uncle Sam makes a good pinata. It’s easy to take shots at the symbol of America. The United States is still a young country. It’s nearly 238 years old. There are paintings and buildings in Europe that are way older than America.

Let’s look at the divisiveness in America. When it comes to the powers that be being able to control the populace, is it a case of divide an conquer? Are minorities pitted against each other so that they’re easier to control?

This nation was built on slavery. The hard labor of the oppressed is what helped build America. Indeed, it was the blood, sweat and tears of slaves that helped form the infrastructure of the United States. When European settlers arrived in America, they systematically eradicated Indian villages and enslaved the Native American peoples. As the industrial revolution wave hit and steel was produced, Chinese were imported to be used as slaves to build a network of railroads in America. African slaves made up the slave trade and were heavily used in the south.

The present era begs the question: are the undocumented immigrants modern-day slaves in America? That’s debatable.

Here’s why we think social media sucks. It’s missing added, essential layers of communication, such as body language, tone of voice and facial expressions. Mere words on a little smartphone screen can be easily misconstrued; you can almost even forget who the communication is coming from. Skype and Facetime are execptions, however, as is Instagram and Snapchat. We can actually see who we’re communicating with in those forums; or so we think!

Why are kids not allowed to be kids anymore? They’re simply not encouraged to use their precious imaginations these days; everything in the media seems so “in your face,” cruel, mean, nasty and vile. I remember when I was a kid I wouldn’t dare utter a cuss word for fear of getting slapped by an adult. Now, you hear many kids cussing like sailors. Are the hormones that they put in food to blame for kids looking older than they really are? Well, the hormones may be hastening their development but the media is to blame for rotting young minds.

The corrupt messages in the media are what have changed society for the worse. Potty humor must be okay, though, especially since it makes monkey barrels of cold, hard $$$ — Seth MacFarlane is laughing his filthy ass (and dirty mind) all the way to the bank. To paraphrase the great American comedian George Carlin, a guy who never minced words and had a filthy mouth himself: “Nobody seems to notice, nobody seems to care.” The difference with Carlin is that his audience wasn’t kids; he always catered to adults smart enough to get his crass jokes and crude humor. 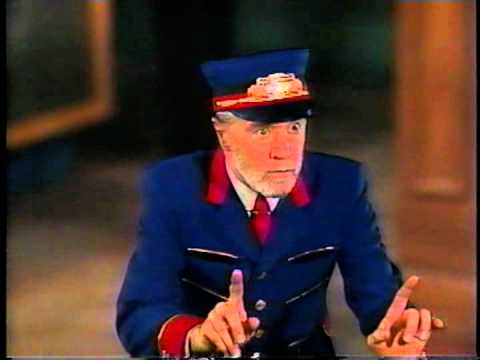 That’s not to say that George Carlin didn’t do children’s programming, however, as he was one of two actors (the other was Ringo Starr) to play the Conductor on PBS’ “Shining Time Station.” George was on his best behavior so as not to corrupt the little ones with his worldly ways. He knew that the trash talking and gutter humor was best saved for those who don’t have to pause and think to get it. Grown-ups.

Someone mentioned something to me the other day that I thought was interesting. When did the police stop being “peace officers” and start being “law enforcement officers?” They’ve become mindless defenders of the status quo. Do they even know the constitution? How can they uphold it if they don’t even know it?

How do we solve these problems of inequality? Easy. Let’s be like the Earth. Our planet is generous, giving, nurturing, sheltering, nutritious, protecting and motherly. Why can’t we also show our fellow living beings the same graciousness that out lovely blue and green planet exudes so effortlessly?

Brought to you by Astrodienst

SIGN UP FOR 10% OFF
Join the list for early access to 12 Signs merch drops, discounts, exclusives and more!
SIGN ME UP
NO THANKS
We will never spam you. Just reply with STOP to unsubscribe and cancel anytime.
✕